Japan is set to let about 100 North Koreans enter the country next month as part of the communist country’s soccer delegation to the Under-20 Women’s World Cup, government sources said Sunday.

The government will approve the delegation, including the players, because the situation warrants an exception to the ban on North Korean entry into Japan, which was imposed in 2006 to punish Pyongyang for testing a nuclear weapon in October that year, they said. It will be the biggest exception to the ban so far.

In April, North Korea attempted to carry out a rocket launch that was widely viewed as a thinly disguised ballistic missile test as a young Kim Jong Un was taking the reins of leadership.

But the sources said the government decided to make an exception for the soccer delegation because Pyongyang has refrained from carrying out a nuclear test to make up for the embarrassment of the rocket failure.

The ministers also confirmed that the screening procedures at immigration won’t be excessive, the sources said.

There are expectations in the government and ruling party that contacts with North Koreans will help revive bilateral talks on the abduction issue that stalled in 2008, the sources said.

“If a delegation of around 100 members stays in Japan for around two weeks, it will increase opportunities for Japanese officials to make contact with them, therefore allowing them to gain access to various kinds of information, such as details about the new leadership of Kim Jong Un,” said one of the unnamed sources.

The Under-20 Women’s World Cup has been held every other year since 2002. This year’s tournament will be held from Aug. 19 to Sept. 8 at five venues, including Tokyo and Kobe.

A total of sixteen teams, including Japan, North Korea, the United States and Brazil, will take part in the tournament. Eighth-ranked North Korea’s first match, against Norway, is scheduled for Aug. 20.
http://www.japantimes.co.jp/text/nn20120716b2.html#.UAR87JF6lpU

In men’s league matches, the Rimyongsu team finished first by beating the Pyongyang team 2:1 with 25 points. 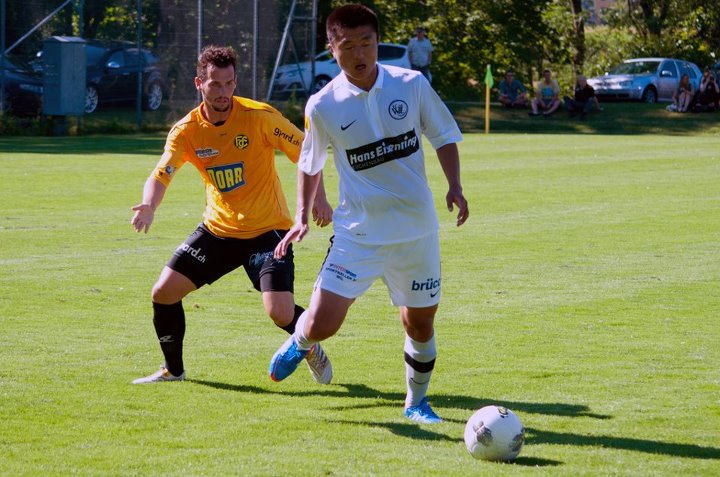 Pyongyang, July 7 (KCNA) — Division-1 football tournament for innovation of techniques is now going on in the Democratic People’s Republic of Korea.

The tournament, kicked off on June 15, involves 12 men’s teams and 9 women’s teams.

The tournament will run till July 12.