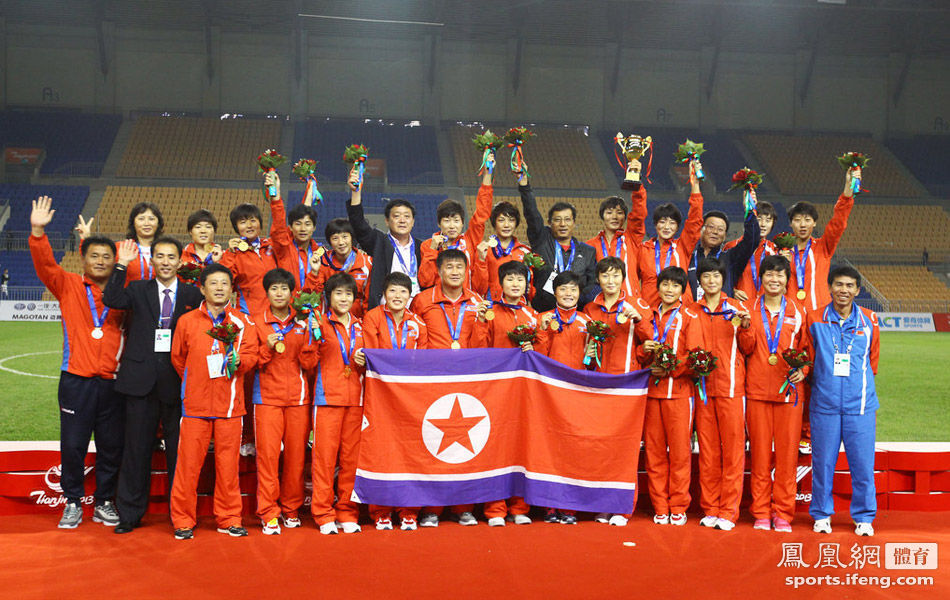 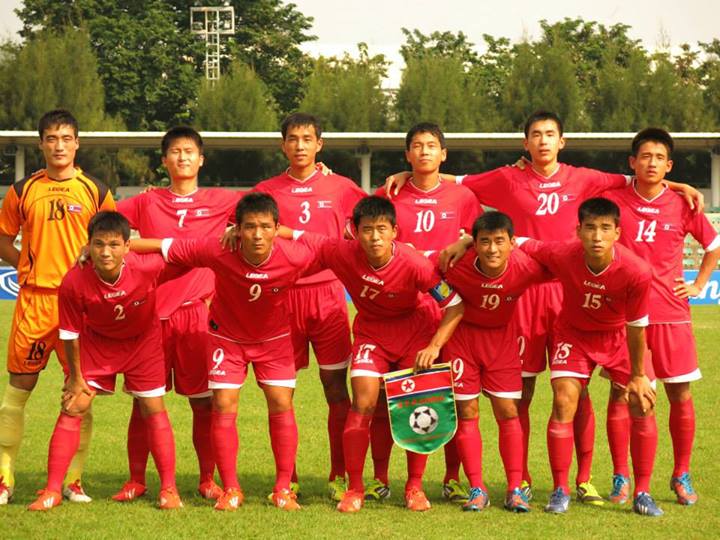 Pyongyang, October 8 (KCNA) — Premier soccer matches for the DPRK Championships are going on in Pyongyang.
On Sunday, the Kigwancha Team lost to the Myohyangsan Team 1:2 in the men’s event, which was beyond expectation of football experts and fans.
The match held between the Ministry of Light Industry Team and the Mangyongbong Team in the men’s event ended with no goal.
The Rimyongsu Team defeated the Wolmido Team 3:0 and the Ponghwasan Team won the Amnokgang Team 2:1 in the women’s events.
On Monday, the Amnokgang Team edged out the Rimyongsu Team 1:0 and the Pyongyang Team the Wolmido Team 1:0 in men’s events.
In the women’s events, the April 25 Team beat the Hwangryongsan Team 3:0 and the Kalmaegi Team drew with Mangyongbong Team at 0:0. -0- 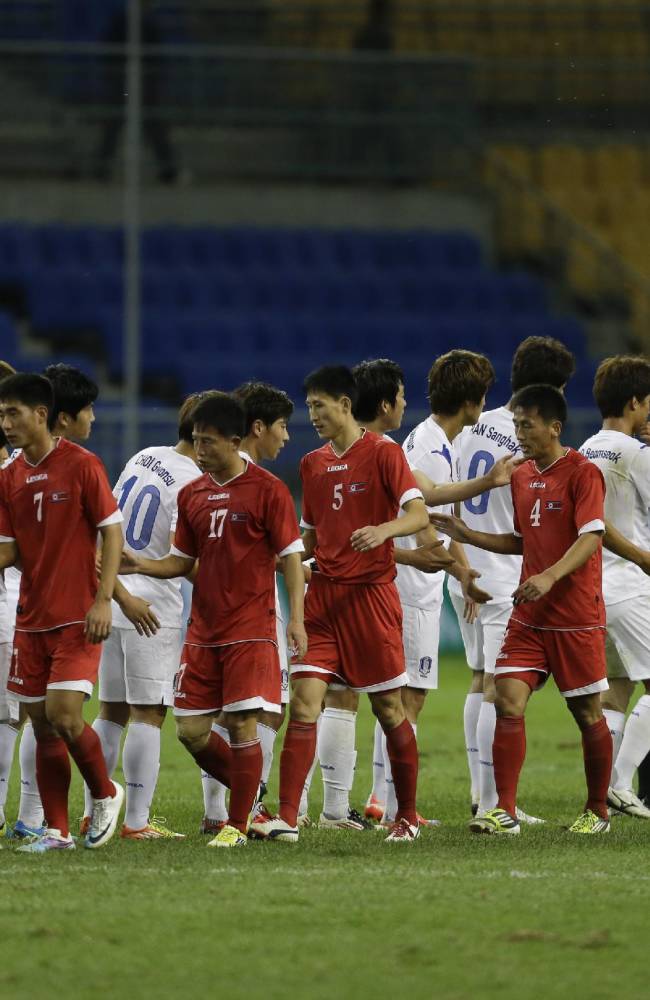 North Korea crush Brunei U-19 squad
Syarif Rasani
BANDAR SERI BEGAWAN
Wednesday, October 9, 2013
THE national Under-19 football team faced a 6-0 beating at the hands of North Korea in their Asian Football Confederation (AFC) Under-19 Championship qualifier opener yesterday.
Brunei managed to keep the game goalless before giving a penalty away in the 21st minute, which saw North Korea’s Ro Myong Song put his team in front 1-0 at the Thai Japanese Stadium in Bangkok, Thailand.
Three more goals were then added in the first half by So Jong Hyok (23rd minute), Kim Chol Min (31st) and Choe Song Il (39th) who was awarded the match’s most valuable player.
North Korea’s second half goals came from Pak Chol Song (64th) and Kim Kuk Chol three minutes into injury time (90th).
Brunei will take on Thailand in their second Group H match tomorrow at the same venue before closing out their campaign at the Thai capital against Singapore on Saturday.
Thailand defeated Singapore 3-0 in yesterday’s other game.
North Korea top the group by a three goal difference over Thailand, with both of them holding one win a piece.
Singapore are sitting third whilst Brunei are at the bottom of the four-team table.
Today’s first game will be between table toppers North Korea and Singapore.
Vietnam are the only team that have confirmed their spot after winning all their Group F matches against Australia (5-1), Hong Kong (5-1) and Chines Taipei (6-1).
Forty teams separated into nine groups are aiming to top their groups and earn their ticket to the October 2014 finals in Myanmar.
Six of the best second placed sides and hosts Myanmar will also make it through.
The tournament also serve as the qualifiers for the FIFA U-20 World Cup, with the top-four sides in the 2014 edition booking a place in tournament proper to be held in New Zealand in 2015.
The Brunei Times