Muscat: Coach Yun Jong-su is looking to continue the success of his DPR Korea team at the AFC U-22 Championships in Oman but has said that his side will expect no easy ride from Group B which features United Arab Emirates, Syria and Yemen.

With coach Yun at the helm, DPR Korea won the 2012 AFC Challenge Cup to qualify for the 2015 AFC Asian Cup and then convincingly secured qualification for the newly introduced AFC U-22 Championships with an unbeaten record.

However, Yun was quick to dismiss any suggestions that DPR Korea are favourites to progress from Group B ahead of Saturday’s opening game against Yemen.

“We are not in an easy group, every team is strong and we will take each match very seriously,” said Yun.

“All 16 teams successfully qualified for this tournament and each one is here to win the championship, the same for us too.”

The DPR Korea side have some impressive firepower to choose from in an attack that includes Kim Jin-hyok, who was the side’s top scorer in qualifying, FC Basel forward Pak Kwong-ryong, and Jong Il-gwan who scored in the final of their successful AFC Challenge Cup campaign.

Facing Yun’s side in their first group stage match will be a Yemen team coached by Ethiopian Abraham Mebratu, who have both defender Motazz Quaid and forward Yasher Al Gabr suspended.

“We started our preparation for this tournament in the middle of November, so over one and a half months now,” said Mebratu.

“We also played a friendly match against Oman in December. So far, so good and in this tournament we hope to perform very well.”

Mebratu said his lineup will mainly draw from the players that successfully qualified for the tournament as the best-placed third team.

“Our goal is to qualify for the next round and we will do our best to get three points from our first game,” said Mebratu.

UAE coach Ali Ebrahim is convinced that his team’s first game of the tournament against Syria, who were unbeaten in qualifiers, will be a real indicator of their fortunes in the competition.

“The Syria team is strong with good players, but our preparation will focus on the abilities of our team. We hope for a good result that will help us with the next matches in the group.”

Another motivation for Ebrahim’s side is that success in the AFC U-22 Championship could bring increased support from the neighbouring Gulf State.

“UAE is not far from Oman and spectators come with results,” he added. “So if we get good results it will bring supporters from UAE to come to Oman to watch the team.”

But before that, Syria will be the Emirati’s side’s first obstacle and coach Ahmad Al Shaar agreed that the first match will be key to his team’s success at the tournament.

“Our goal is to prove ourselves, to prove our team is strong – and to win one of the two tickets to the knockout stages,” said Al Shaar.

Al Shaar’s side compromises a mixture of players from the Syrian U-22 league many of whom will be representing the national side for the first time and professionals playing outside Syria, like prolific forward Mahmoud Al Mawas who plays for Kuwait’s Al Arabi.

“At the moment, no teams really know anything about the opposition, apart from what you see in the media,” added Al Shaar.

“We’ve not able to watch other teams play, that’s not only in the case for our opponents UAE. By the second round of matches the cards of each team will be uncovered.” 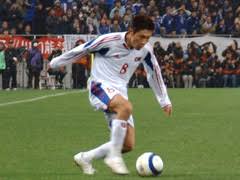 Tomorrow our U-22 National Team will play friendly against Korea DPR at Sultan Qaboos University – Main Pitch at 3:30pm. The games Is open for attendance and media.