He, on behalf of the Workers’ Party of Korea, the DPRK government and all the Korean people, once again warmly congratulated and heartily thanked them for winning gold medals at the 17th Asian Games and world championships and thereby devotedly exalting the dignity of the DPRK and flying the flags of the DPRK.

He said the spectacular successes achieved recently were the great victories they won by waging struggles to protect the high dignity of the Korean people and the persevering fighting spirit they displayed at each match represented the stamina of the fighting service personnel and people of the country.

He noted that the players and coaches proved the validity and vitality of the party’s plan for building a sports powerhouse through the 17th Asian Games and world championships, adding that the news of the victories won at the games instilled confidence in sure victory and optimism into all the service personnel and people and encouraged them to perform unprecedented miracles and innovations at the work sites for building a rich and powerful nation.

Learning that player Kim Jong was not able to have the honor to be present on this occasion as she was away from the country for an international competition, he promised to surely meet her when she was back home.

Expressing the expectation and conviction that they would fully demonstrate the dignity and might of Kim Il Sung‘s nation and Kim Jong Il‘s Korea at each international game for Asian and world titles, he had a photo session with them.

He hosted a banquet in honor of the players and coaches on the same day. 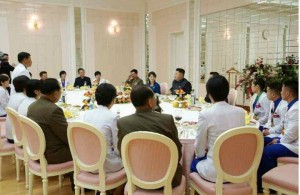 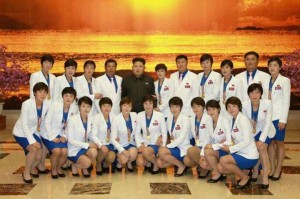 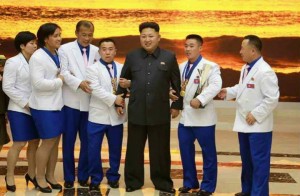 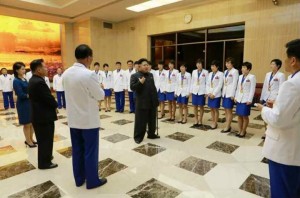 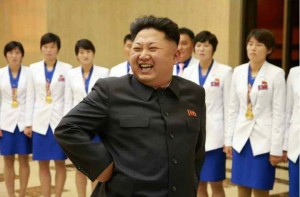 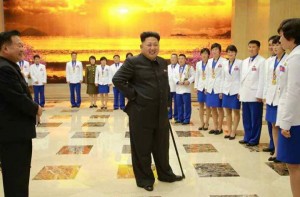 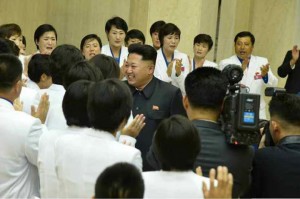 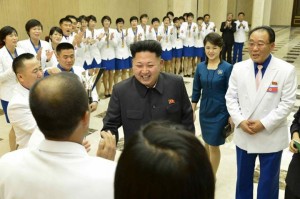 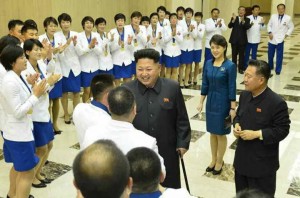