From an alleged entourage of hundreds of paid Chinese supporters to highly-choreographed card displays in the 50,000-seat Kim Il-sung Stadium, the myths surrounding fans of North Korea’s national team are as numerous as those about the country itself.

Saturday’s Asian Cup encounter in Sydney against Uzbekistan surely added another memorable tale to the legend as hundreds of local fans – some carrying homemade banners and waving flags – turned up to Stadium Australia to cheer for North Korea.

Sydney resident Alex Eduardo, leader of a group of supporters calling themselves the ‘Pyongyang Ultras’, spoke to Football Channel about the unusual display.

“It started with our obsession with [North Korea], then we realized that the tickets were cheap, organized the group, and came up with the banners,” Eduardo explained.

The “North Korea” chants were often booed by a sizeable contingent of Uzbekistan supporters in the stadium, but grew in volume as more neutral fans joined in. Their cheers continued through heavy rains as the 2010 World Cup participants fell 1-0 to their Central Asian opponents.

“It’s wonderful when foreign fans respond to our play with cheers and support,” North Korean midfielder Ryang Yong Gi said after the match, “and I hope we can play up to their support in our next game.”

Asked what he thought of the reclusive nation’s participation in the tournament, Eduardo did not hesitate.

“I think they should be in the Asian Cup and the World Cup if they qualify,” Eduardo responded. “Football is not about politics, it’s about the love of the game.

“Every person, no matter where they’re from, should have a chance to play and represent their country.” 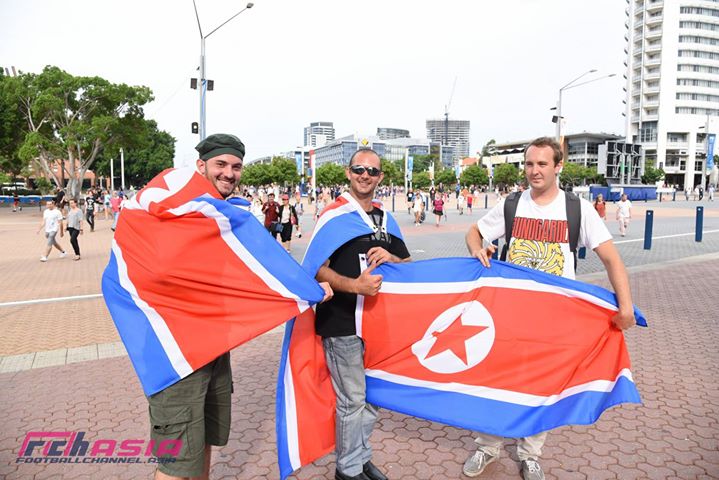 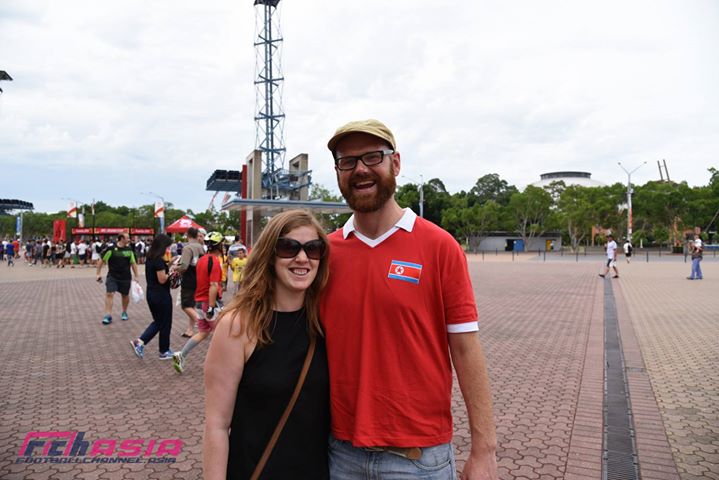