Korean people, dating back to Koguryo kingdom (277 B.C.-668 A.D.), were good at playing ball and young people of Silla kingdom used to enjoy ball game, according to historical records of Korea and China.

This folk game was called “Chukguk ” in the period of the three kingdoms (Koguryo, Paekje and Silla). It would be played at a wide playground with netted poles on both sides where the two teams, each consisting of seven or eight players, competed with a leather ball.

The historical facts go to prove that “Chukguk” was a traditional folk game similar to modern football, rugby and basketball.

It has been known that the folk game was played in 1897 when there was the first football tournament in Korea.

Most of the players who took part in the first western football match, called “Chokgu”, were from foreign language schools and interpreters serving at the royal palace.

They learned sports as well as foreign languages from western teachers and later formed a football club, contributing to popularizing modern football in the country. 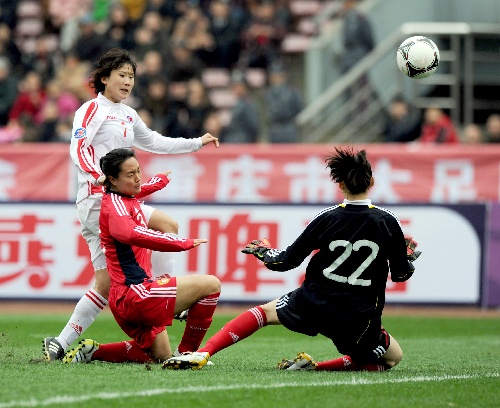