Iraq beat North Korea 2-0 at the Zabeel Stadium in Dubai on Friday with goals from Mustafa Nadhim and Amjad Kelaf. The North Koreans were unable to call on their foreign based players and senior side and fielded their U-22 side. The Iraq FA had paid $75,000 to set-up the friendly game.

Pyongyang, February 24 (KCNA) — Two men’s football teams are qualified for this year’s premier league matches in the DPRK.
An official concerned of the DPRK Football Association, told KCNA:
Kwanmobong and Ponghwasan teams were additionally qualified for the league matches. As a result, 14 teams would take part in 6 rounds of whole or group league matches from March to late October Juche 103 (2014) with the Mangyongdae Prize Sports Games as the first round.
The increased number of matches will make each team fully display their abilities.
Premier league matches are expected to be held in the spotlight of many working people and football fans. 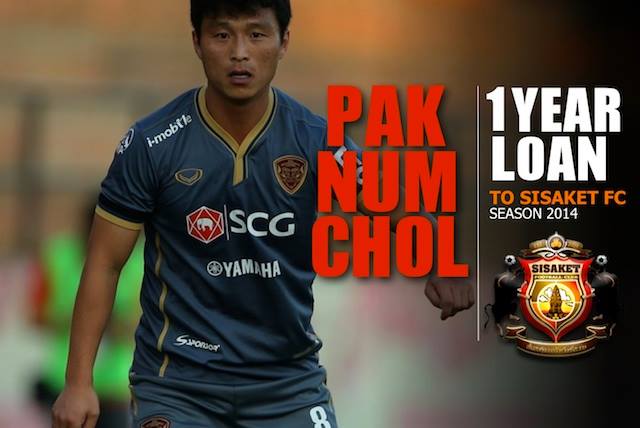 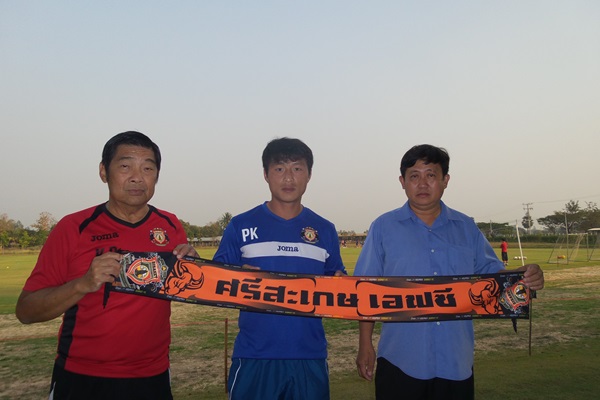 Pyongyang, February 13 (KCNA) — The 2014 Women’s Soccer Four-Nation Invitation Tournament is going on at Yongchuan, Chongqing of China.
The DPRK team beat its New Zealand rival 1:0 in the second match on Thursday.
It will play the third match with the Chinese rival on Saturday.

The New Zealand women’s football team fell to their second straight one-goal defeat at the Yongchuan International Women’s Invitational Tournament in China when they were beaten 1-0 by Korea DPR last night (NZT).

The loss, thanks to a goal in the 43rd minute, is just the second time the Football Ferns have recorded back-to-back defeats in 14 games dating back to the London Olympics in July 2012. they were also beaten by China 1-0 in their opening game at the tournament.

“In many respects, it was similar to the first game,” coach Tony Readings said. “We controlled possession and dictated play without converting that pressure into goals.

“We created a few more chances this time but were unable to put them away and we got caught on a sucker punch when we gave the ball away in our defensive third and weren’t able to regroup in time.”

New Zealand will round out their tournament against Mexico on Saturday night (NZT) and Readings said they will continue to pursue their goal of playing possession-based football, despite the two defeats.

“The players are frustrated. They know they’ve been the better team in both games but have come out on the wrong end of the result. But we’ve got our objectives and we want to keep developing our attacking play.

“We’re looking at the bigger picture, which is heading towards the Olympics in Rio in 2016, so we’ll just take the great learnings from this game and move forwards.”

The result was a dramatic improvement on the last time New Zealand played North Korea – they went down 11-0 in Brisbane in 2004.

“The team have developed a massive amount since then,” Readings said. “If you look at the performance today, we can be dominant against a top-10 side in the world and, if you go back to 2004, we would have struggled to keep the ball and we would have been hanging on. That shows how far this team has come.” Members of the North Korean women’s soccer team showed their professionalism and discipline on a visit to Chongqing this week for a series of friendly international matches, the Chongqing Morning Post reported on Wednesday.

The players are extremely quiet on the bus and during meals, where no one speaks,” a translator surnamed Li said. “At the hotel, they folded their laundry neatly in the bathroom – in fact, I didn’t realise the laundry was dirty because it was so neat. Over the few days I spent with the North Korean soccer players, my impression has been that they are highly disciplined.”

The players are extremely quiet on the bus and during meals, where no one speaks. Over the few days I spent with the North Korean soccer players, my impression has been that they are highly disciplined
Chinese translator attached to the North Korean squad

The North Korean women’s soccer team is famously well-drilled and has an illustrious record, having won three Asian Football Championships out of their last five attempts in 2001, 2003, and 2008.

A translator surnamed Li said that the soccer players were particularly respectful of coach Kim Kwang-min, who has been leading the team since 2005. Players were seen to wait until coach Kim got on the bus before boarding and after team meetings, they waited for the coach to exit the room before leaving themselves.

After a match on Wednesday morning, the team went out to explore and shop, but returned to their the hotel after only 20 minutes.

“Coach Kim was the only one who purchased something. He spent 140 yuan on buying a space heater,” Li reportedly told the newspaper. “The girls were really into fashion, but no one bought anything. One player saw a piece of clothing she liked, but after I translated the price, she put it down”

According to Li, the only person who owns a mobile phone is the team translator, and even that was a gift from a Chinese company. The entire team, including the coach, came to China without a laptop.

“Lee Gwang-chul [the team translator] used my computer. He doesn’t have an e-mail address, so he used my e-mail to communicate with Pyongyang,” Li said.

When asked about the secret behind North Korean excellence in soccer, Oh Gil-nam, a senior official from the North Korean Football Association said “We don’t really have a secret, we just practice a lot. Women’s soccer in China used to be good, but now they don’t do enough practice.”

North Korea beat Mexico 2-0 on Tuesday and is set to play New Zealand on Thursday and China on Saturday.

Pyongyang, February 12 (KCNA) — The 2014 Women’s Soccer Four-Nation Invitation Tournament started at Yongchuan, Chongqing of China.
The tournament will continue till Saturday with the participation of the DPRK, China, New Zealand and Mexico.
The DPRK team beat its Mexican rival in the first match on Tuesday.
The DPRK team dominated the match from the beginning by staging fierce attack, scoring two goals in the second half.
It will play the next match with the New Zealand team on Thursday.