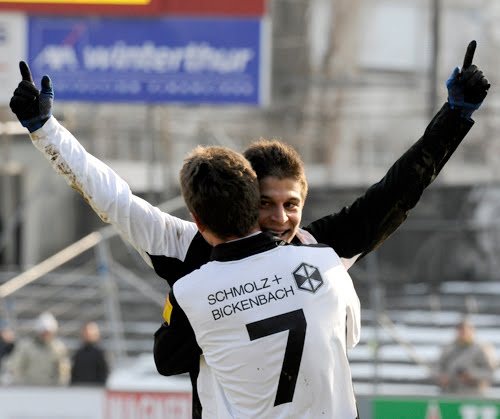 In the News – N.Korea Striker Jong Tae-se to Tie Knot This Year

Striker Jong Tae-se (28) has seen his fortunes dip and dive for FC Köln, which got relegated from Germany’s leading Bundesliga at the end of last season, but off the pitch the ethnic Korean is enjoying life and will realize another key ambition by tying the knot later this year.

Jong, a third-generation Korean Japanese who has a South Korean passport but who plays for North Korea, has long expressed his desire to find a soul mate. He talked about his wedding plans for the first time on Wednesday in Bangkok, where he participated in the 2nd Asian Dream Cup, a charity football event hosted by Manchester United midfielder Park Ji-sung’s JS Foundation. 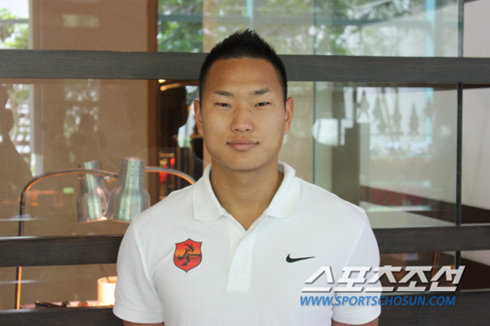 “She is Korean Japanese, like me, and we’ve been together for five years. She works at a company and is one year older than me,” he said, apparently reluctant to divulge too much information about his bride-to-be.
Jong Tae-se poses for a photo ahead of a luncheon organized on the sidelines of the second Asian Dream Cup at a hotel in Bangkok on Wednesday.

The couple got together after being set up by one of Jong’s university friends when he was playing for Japan’s Kawasaki Frontale. Since Jong moved to Bochum, Germany, in 2010, they have maintained a long-distance relationship.

In January, Jong moved up from Germany’s second-tier league to join Koln, but played in just five games and mostly served as a benchwarmer. Adding to his misfortune, the team got relegated. Jong expressed his disappointment and said he was not hopeful of finding another team to transfer to in the Bundesliga at this point in his career. Rather, he said, he will focus on trying to get as much playing time as possible in the lower league.

He also seemed open to the idea of playing in South Korea’s domestic league. “If I receive a good offer, I will definitely consider it,” he said. “In the past, I heard rumors that a number of K League teams were interested in me, but I wasn’t prepared to make the move at that time.”

He named playing in the UEFA Champions’ League as one of his unfulfilled ambitions. “I wanted to become the first North Korean to play in the Champions’ League, but Park Kwang-ryong of Basel beat me to the punch. I will have to wait until I hear from him to find out how he found the experience, but I would still love to play on such a grand stage.” 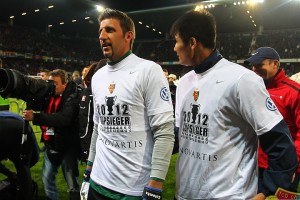