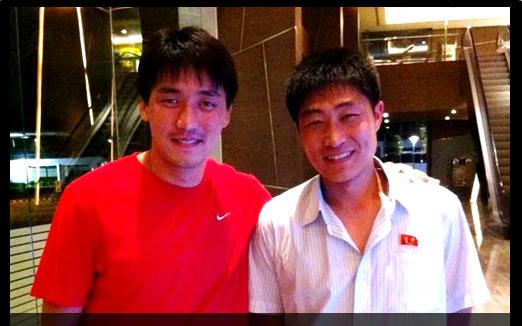 Pyongyang, June15 (KCNA) — The Sports Contest for Pochonbo Torch Prize closed with due ceremony in Nampho on Friday. The contest opened on June 3 to mark the 75th anniversary of the victory in the Pochonbo battle.

Pyongyang, June 14 (KCNA) — Among the sportspersons who have contributed to the development of women’s football in the Democratic People’s Republic of Korea is Kim Kyong Hui, a coach of the Amnokgang Sports Group.

The women’s football team led by her placed first in the national premier league soccer matches, recently held as part of the Sports Contest for Pochonbo Torch Prize.

At the beginning of women’s football in the country, she played a forward and a captain of the football team in the Sports Group.

She contributed to gaining silver medal for the DPRK at the 9th Asian Women’s Football Championship.

During her career of 10 odd years as a coach, Kim has trained many footballers well known at home and abroad. Among them are Hong Myong Gum, O Kum Hui, Ri Jong Sim and Ri Yong Mi, who distinguished themselves in taking the titles of the 2006 U-20 Women’s World Cup and the 1st U-16 Asian Women’s Football Championship for the country.

She has also been active as an international football referee since 2002.

Kim told KCNA that she would devote herself to turning the DPRK into a football power by steadily improving her ability.