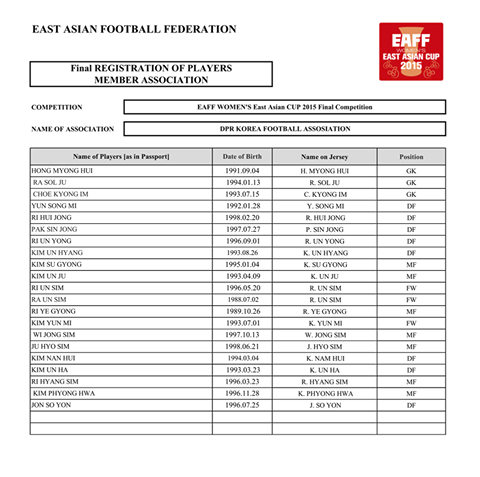 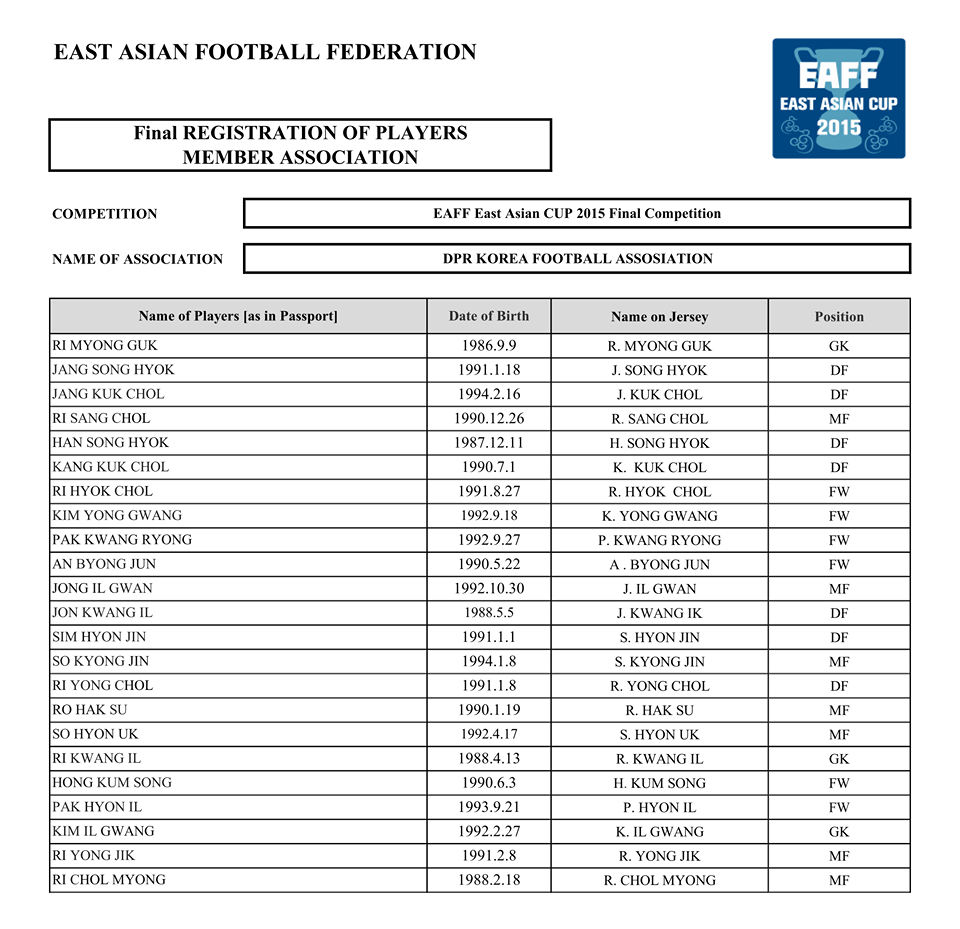 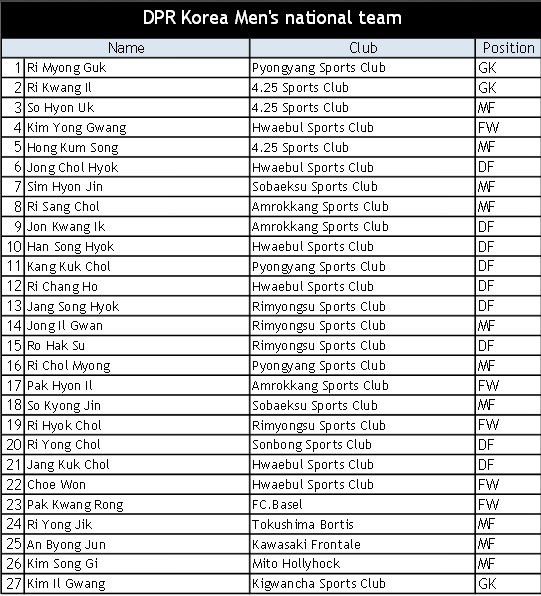 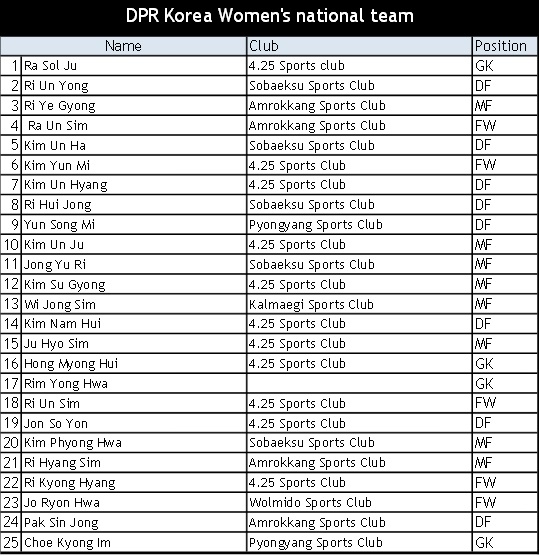 Hong Kong faced off against DPR Korea on Thursday afternoon in Chinese Taipei for the opening match of the EAFF East Asian Cup Preliminary Competition Round 2. Hong Kong showed great determination on the bitterly cold afternoon but somehow fell short in a heart-breaking 1:2 defeat against DPR Korea.

Hong Kong started the game positively with an early chance to take the lead. Barely one minute into the game, Chan Man-fai unleashed a shot from the left-side but saw his effort deflected off a DPR Korea player and went out of play.

Hong Kong had another opportunity on the 20th minute when Christian Annan took a short pass from a teammate but then blasted his shot off target.

DPR Korea started to get more involved and came close on the 24th minute when Pak Song Chol took advantage of Hong Kong’s failure to clear the ball but fired high above the Hong Kong goal.

Jong Il Gwan almost put DPR Korea in front on the 34th minute when he fought off the pressure of Wisdom Fofo but sadly smashed his shot wide off the Hong Kong goal.

Hong Kong almost nicked the lead at the end of the first-half when Chan Man-fai spotted Ju Yingzhi just outside the DPR Korea box. Ju unleashed a shot but could not find the target with his effort.

DPR Korea started the second half eager to break the game open. On the 51st minute, Jong Il Gwan connected with a teammate’s cross but saw his flying header rejected by the Hong Kong crossbar. Hong Kong certainly dodged a bullet on the occasion.

Ri Chol Myong put DPR Korea in front on the 59th minute when the player took advantage of Hong Kong’s failure to handle a DPR Korea cross and blasted the ball into the net from close to the penalty spot. The score was now 0:1 with DPR Korea in front.

DPR Korea doubled its lead on the 80th minute when Sim Hyon Jin pulled the ball back for teammate O Hyok Chol. The latter wasted no time and fired a thunderbolt that found the back of the Hong Kong net. The score was now 0:2.

Hong Kong managed to pull one back on the 84th minute when Jaimes Mckee found himself on the receiving end of a Hong Kong corner-kick from the right-side. The Hong Kong speedster nodded from close-range and made it 1:2.

Late in the game, Xu Deshuai almost became the hero for Hong Kong but sadly saw his sliding shot nicely saved by the DPR Korea keeper.

The score remained unchanged towards the final whistle as Hong Kong suffered a cruel 1:2 defeat on the hands of DPR Korea in the opening game of the EAFF East Asian Cup 2015 Preliminary Competition Round 2.

Hong Kong will officially kick-off its EAFF East Asian Cup 2015 Preliminary Competition Round 2 campaign on Thursday afternoon against DPR Korea in Chinese Taipei. The game will hold tremendous significance to whether Hong Kong can qualify for the next round of the tournament.

Hong Kong’s preparation for the EAFF East Asian Cup 2015 qualifying campaign has been far from ideal, with the whole squad only managed to gather on Monday morning for the first time when the side took on Sun Pegasus in a warm-up game. Despite all the hurdles and distractions over the past week, Hong Kong was able to generate some much-needed positivity and came out victorious against Sun Pegasus 1:0.

DPR Korea, currently ranks 148th in the FIFA ranking, will serve as the main road block to Hong Kong’s quest of advancing to the next round. The team has come off the recent Incheon Asian Games as the runner-up and is the favourite of advancing to the next round of the EAFF East Asian Cup 2015. The side has prepared feverishly for this tournament and took part in three warm-up games over the past two months against quality Middle East sides such as Kuwait, Bahrain and Qatar. Hong Kong players and coaching staffs will definitely have their hands full come Thursday match time.

Veteran full-back Lo Kwan-yee sees the glass as half-full regarding Hong Kong’s chances in the upcoming qualifying campaign. “Make no mistake about it as the first game against DPR Korea will be very important. We will not get distracted by anything and stay totally focus on that game. Hopefully, we can stay solid at the back and capitalize on our chances in the counter-attack,” explained Lo. “We did not have much time to prepare together but it is good to come out with a win in the warm-up game against Sun Pegasus. All of the players seem to have a very good understanding with one another and I hope we can make the most of our chances come match day.”

Hong Kong Head Coach Kim Pan-gon talks about the different possibilities in the Hong Kong line-up for the EAFF East Asian Cup 2015 qualifying campaign. “Chan Man-fai has played very well for Hong Kong in recent games and he could very well be our first-choice striker up-front. We also have Wong Wai available and pending on the situation, Jaimes Mckee might also see game action.” Kim offered. “At the back, I have very happy with the play of (Lee) Chi-ho, (Wisdom) Fofo and Andy (Naegelein) in the warm-up game against Sun Pegasus. They have certainly played well and I am very satisfied with their performances.”

Pyongyang, August 3 (KCNA) — The DPRK Cabinet gave a reception at Okryu Restaurant Saturday for the women soccer team which won the 2013 East Asian Cup.
Present there were Kim Yang Gon, secretary of the Central Committee of the Workers’ Party of Korea, Kim Yong Jin, vice-premier of the Cabinet, Ri Jong Mu, minister of Physical Culture and Sports, Kim Jae Song, minister of Electronics Industry, officials in the fields of sports, officials concerned, players and coaches.
Kim Yong Jin made a congratulatory speech at the reception.
He congratulated the women footballers who made an honorable report to Marshal

Kim Jong Un on the day of the great war victory and delighted the service personnel and people of the DPRK.
He called upon all the sportspersons to intensify the training and glorify the honor of the country with gold medals.
Footballer Ra Un Sim in her reply vowed to continue to display the honor of winner at international games with the conviction that a sports power is sure to be built thanks to Kim Jong Un. 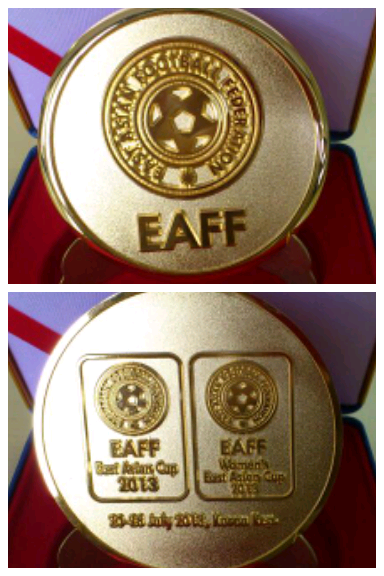