Pyongyang, December 26 (KCNA) — The premier league for the Osandok Prize Sports Contest in the DPRK came to a close on Thursday.
The Hwaebul team won the men’s title and the April 25 team the women’s title of the premier league, which lasted for nearly 20 days on a group round robin and knockout basis. Earlier in the football matches for the DPRK Championships held on a round-robin basis, the former took the second place and the latter the first place.
The second and third places in men’s football matches were taken by the Ministry of Light Industry team and the Sobaeksu team and those in women’s matches by Pyongyang and Wolmido teams.

Pyongyang, December 25 (KCNA) — The Osandok Prize Sports Contest closed with due ceremony at the Ice Rink on Friday.
During the contest the players and coaches displayed high skill and staunch spirit by actively applying Korean-style playing tactics to the events such as football, ice hockey and speed skating.
Present at the ceremony were Vice-Premier of the Cabinet Ro Tu Chol, chairman of the State Planning Commission and vice-chairman of the State Physical Culture and Sports Guidance Commission, officials concerned, sportspersons and working people.
The Taesongsan Sport Team came top in the team standings.

Again CONIFA grew substantially during the last weeks. A total of 5 (!) new members joined us recently:

The Asian Federations of Ryukyu, Tibet, United Koreans in Japan and Uyghur are now new full members of CONIFA and are very much looking forward to meet our other teams on the football ground soon!

In Europe Transnistria joined us and will, after 25 years of independence, finally enter the international football stage!

We are very proud and happy that more and more teams express their will to be affiliated with CONIFA. The interest of the teams surely is a great sign of our success and is a huge compliment for our work.

We will keep doing our best to serve our growing number of members in the very best and we are very much looking forward to see our new members playing their initial matches hopefully soon! 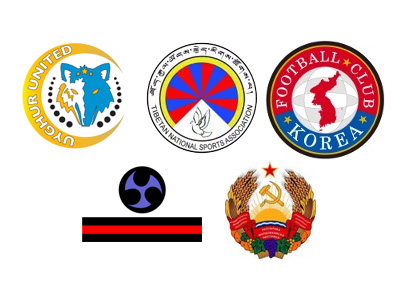 Both North and South Koreans, are part of this often discriminated diaspora minority. Most Koreans in Japan came to Japan in the early 20st century and are now living in Japan often in their 3rd or 4th generation. The approximately 900.000 “Zainichis” where, however, never assimilated, but are still considered “foreigners” in Japan.

Many Koreans in Japan speak a language that is neither South nor Northern Korean, but is often referred to as “Zainichi Korean”.

The United Korean Football Association in Japan (UKFAJ) was founded 2015 and is lead by Mr Chong Gyong Ri. The team is a “spin off” of the club “FC Korea”, that plays in the Japanese football league system and consists of only Korean players. Due to the fact that all players belong to the Korean minority in Japan, the club is not allowed to go further up in the League pyramid and thus is looking for a new challenge, which it found in CONIFA.