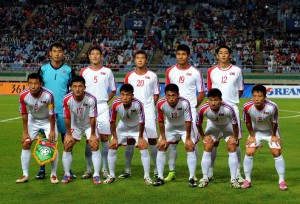 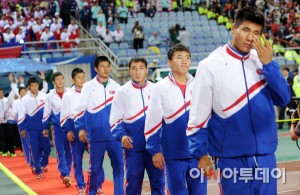 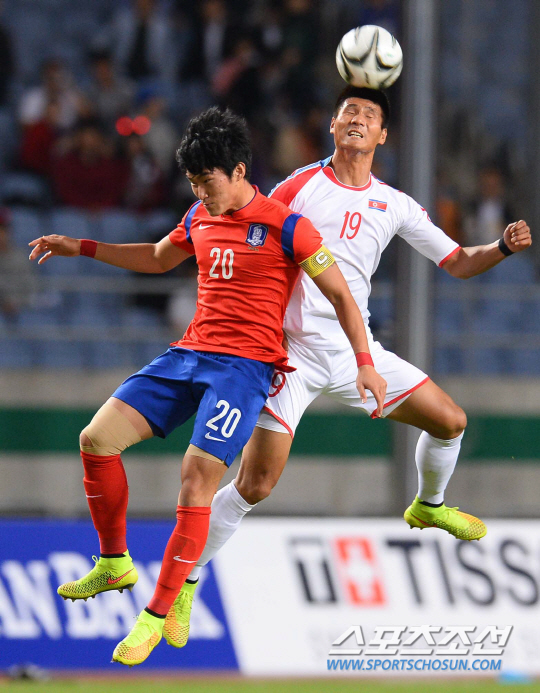 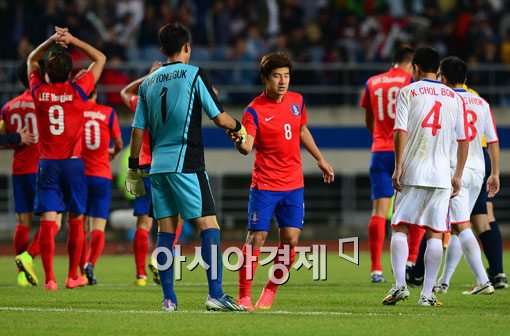 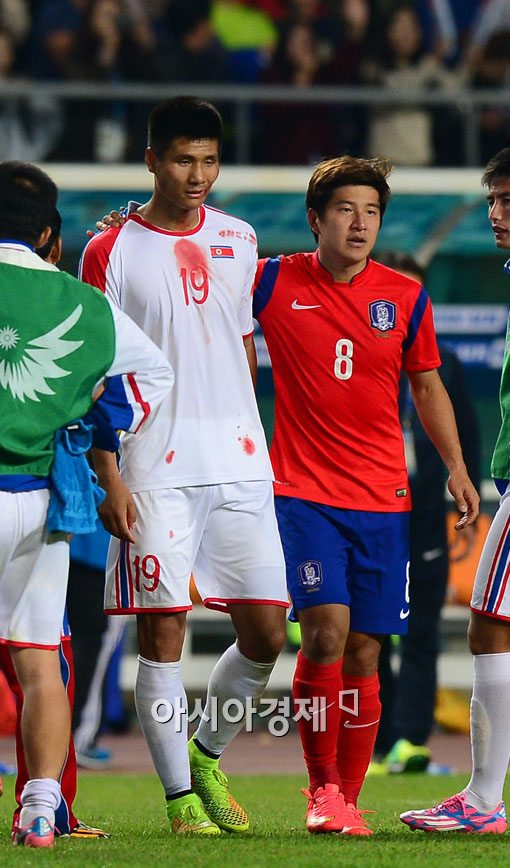 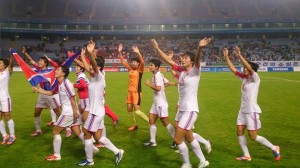 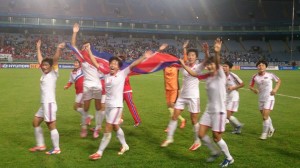 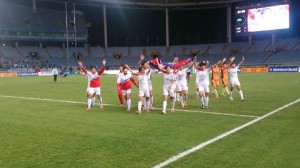 Incheon: Defending champions Japan are through to the final at the 17th Asian Games after claiming a 3-0 win over Vietnam in Monday’s semi-finals.
In a game they dominated at the Incheon Football Stadium, the Japanese took the lead after 25 minutes when Mizuho Sakaguchi pounced on a loose ball and sent an emphatic finish into the back of the net, after Dang Thi Kieu Trinh could only punch Aya Miyama’s cross into her path.
Despite creating plenty of chances, they were however unable to add to their lead largely owing to some poor finishing, as well as a nervy but effective display from opposition keeper Dang.
Still, they did make it 2-0 eight minutes into the second half when Kana Kitahara did well to keep things alive after an earlier shot has smashed off the bar; hooking the ball back into the danger zone for Kita Osafune to emphatically head home.

And in the 74th minute, the result was put beyond doubt as Yuka Sugasawa made a darting run to the near post to escape her opponent before meeting another dangerous delivery from Miyama with a deft header past Dang for her side’s third.

With the win, Japan are through to the final for the second tournament running and it will be a repeat of the 2010 final after DPR Korea also advanced with a 2-1 triumph over neighbours Korea Republic.
It was the South Koreans that drew first blood at the Incheon Munhak Stadium in the 12th minute when Jung Seol-bin lined up a 25-yard freekick and unleashed a powerful effort, which dipped awkwardly just before the goal-line and squirmed in under Hong Myong-hui’s despairing dive.
But six minutes after the half-hour mark, DPR Korea pulled level after they cleverly carved out an opening; Ri Ye-gyong meeting a low cross from the right with a deft touch to steer the ball into the far corner.

With both sides failing to find a second goal in the second period, it looked like extra-time – and perhaps penalties – would be on the cards.
Nonetheless, in the third minute of injury-time, a poor back-header by Korea Republic’s Lim Seon-joo played Ra Un-sim through and although her initial effort was saved by Kim Jung-mi, substitute Ho Un-byol was on hand to slot home the rebound and win it for the North Koreans.
The final between Japan and DPR Korea will be held at the Incheon Munhak Stadium on Wednesday evening, while the bronze medal match between Korea Republic and Vietnam will also be played earlier that day.

INCHEON, South Korea – North Korea coach Yun Jong-Su attacked refereeing bias at the Asian Games football and warned that Thursday’s gold medal showdown with South Korea must be “fairly” handled.
Yun protested at decisions made during the Stalinist state’s semi-final win over Iraq. “We hope the final is refereed fairly. If so, we will fight fairly and squarely,” he said.
The North, bidding to win the gold medal for the first time since sharing it with the South in 1978, beat Iraq 1-0 in extra time to reach the final, but Yun was still seething about the officiating on Wednesday.
“Did you people see the match against Iraq yesterday?” he fumed at a news conference, still upset at the red card shown to star striker Jong Il-Gwan moments after scoring his side’s winner against Iraq, his fifth goal of the tournament.
“What did you make of it?” he added rhetorically, before continuing his rant. “Correct calls are an essential part of fair play, but things are not like that here.” Yun’s preemptive strike before a potentially explosive clash in Incheon were apparently designed to ensure South Korea do not receive any extra help from the officials in a game which will be played just 120 miles (195km) from the border.
“There were a lot of bad calls in the match yesterday,” he growled, referring to his side’s hard-fought victory over Iraq, which also saw defender Kang Kuk-Chol stretchered off in the first minute.
“Perhaps the referees can’t see things from a distance, but he failed to see things happened when he was close to the play. We hope the final is refereed fairly. If so, we will fight fairly and squarely.” Thursday’s clash between the rival Koreas will be one of the highlights of the Games, particularly as the South is hosting the event and is desperate for sporting success.
North and South Korea have remained technically in a state of war since their 1950-53 conflict which ended in a truce with no peace treaty.

Pyongyang, September 30 (KCNA) — The DPRK women’s football team beat south Korean rival 2:1 in the semi-finals on Sept. 29 to advance into the finals at the 17th Asian Games.
This news is delighting all the people in the country.
The consecutive successes in the ongoing Asian Games make him very happy, Han Jong Nam, a Pyongyang citizen, told KCNA, adding:
“I don’t know how to describe my feelings about the happy news of our women’s football team’s advance into the finals. I want to embrace all those admirable women footballers who gave great pleasure to the people in the homeland.”
Song Kyong Hui, a work-team head of the Kim Jong Suk Pyongyang Textile Mill, said:
“Their success gives great strength and courage to me and all other workers at the mill.
As a same woman, I am very proud of those women footballers displaying the honor of the country. The members of my workteam will work harder to boost the fabric production for the country and people as the footballers have done.”
Kim Ryong Ho, a resident in Phyongsong City, South Phyongan Province, said: “Well done, the women’s football team! I am sure they will prove successful in the finals.”

Pyongyang, September 30 (KCNA) — Prof. and Dr. Ri Tong Gyu, a football expert of the DPRK, expressed belief that its women’s football team would emerge winner at the ongoing 17th Asian Games.
When the DPRK beat south Korea 2:1 in the women’s football semi-finals on Monday, he told KCNA:
Experts of various countries have spotted the DPRK women’s football team as a hopeful at the current Asiad before its start.
Such view is quite reasonable, because the DPRK team took the titles at the 2013 East Asian Cup and the 6th East Asian Games and involves such talented players as Ra Un Sim, Kim Un Ju and Ho Un Byol. The team scored 11 goals in group league and quarterfinals without losing even one point.
Its finals with the Japanese team to be held on Oct. 1 will be expected to be very keen.
The two teams had competed with each other in the finals at the 15th Asian Games, eight years ago. At that time the DPRK team beat its Japanese rival 4:2, emerging two-time winner in the wake of the 14th Asian Games.
I am sure that the DPRK team will win at the current games when it displays its strong stubbornness and collectivism and sustains its tactics properly as it has done in the previous matches.