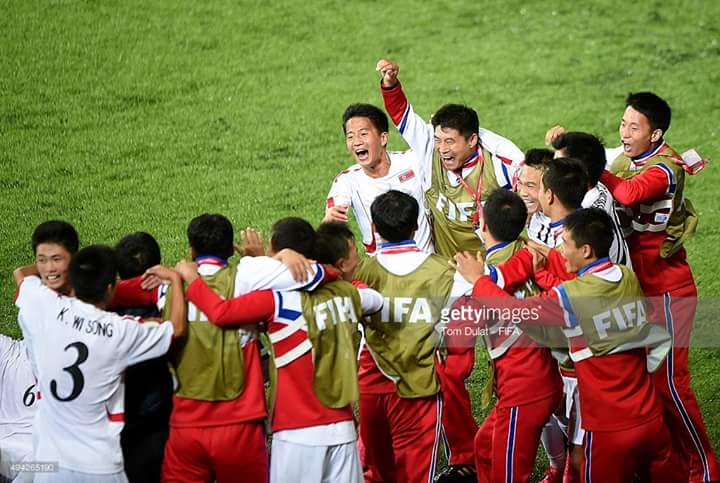 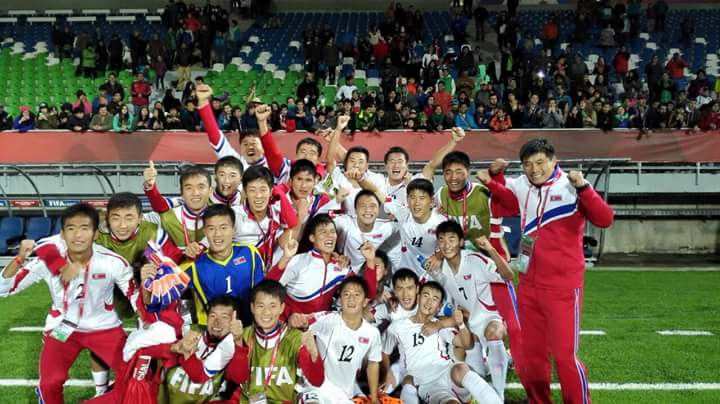 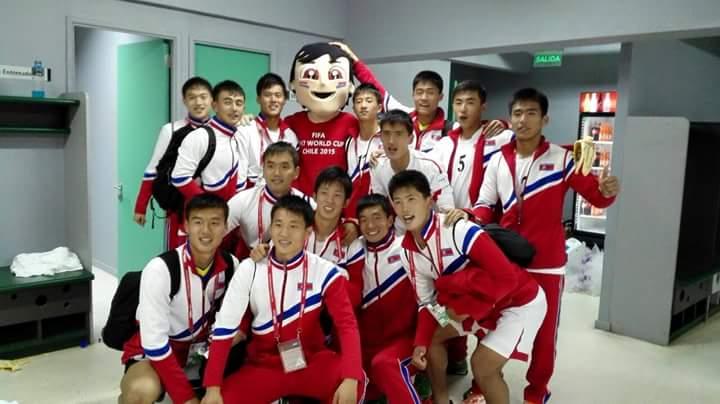 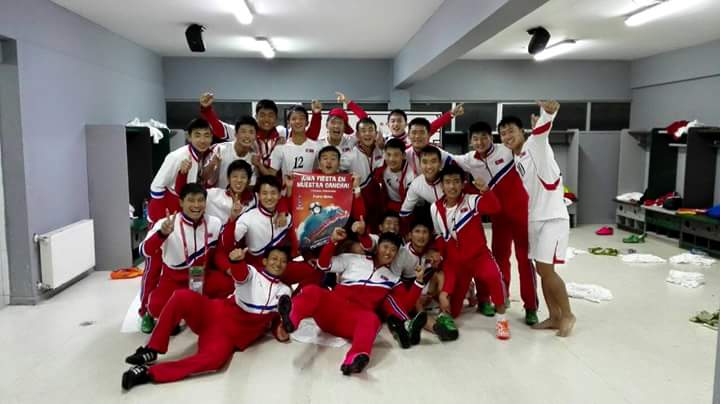 Anybody who has started a new job, or moved to a new area as a youngster and started at a new school, will be able to empathise with Korea DPR U-17 forward Ryang Hyon-Ju. Born and raised in Japan, but holder of a Korea DPR passport due to his parents’ ancestry and the unique diplomatic history and relationship between the countries, Ju touched down in Pyongyang to meet his fellow team-mates for the FIFA U-17 World Cup ahead of the tournament. He could surely be forgiven for any nerves as the only member of the 21-man squad to live and play outside of the country.

“I came to Pyongyang a few days earlier to get mixed with the team,” Ju explained in an exclusive chat with FIFA.com. “At first I had a communication issue with the players but as I got used to the exercises and we got to know each other, I became very accustomed with the team and now I’m used to them.”

He was made to feel even more welcome by Ri Yong-Jik and An Byong-Jun, members of the senior Korea DPR squad who also play their football in Japan. They were in Pyongyang for their FIFA World Cup™ qualifiers against the Philippines and Yemen at the same time as Ju arrived to prepare for Chile.

“I asked them about life in the national team, they were telling me about it and what I should do to improve,” Ju said. “I received quite a lot of lessons from my older brothers!”

When asked if he feels he is an example to the other members of the Korea DPR squad, representing his country abroad, Ju suggested the experience would stand him in good stead in his goal to become a senior figure in the Korea DPR national set-up.

“I feel very proud to be part of the national team, even though I live in Japan,” he said. “I think I’ll have a further opportunity to be included in the other age level national teams. I have an ambition in the future that I will play with the Korea DPR senior team at top tournaments, like the World Cup.”

What then, is life really like for a Korea DPR national, living outside of the country?

“I have very few chances to watch Korea DPR football in Japan,” Ju revealed. “Most of my time is spent playing football, to be honest! Any other spare time I have I spend reading books and studying. I enjoy studying the mother tongue language, and also Korean literature.”

School days
Ju lives in a Korea DPR community in Tokyo, attending and playing football for a Korean school, coming up against Japanese high schools in the country’s capital. In effect then, he is already an ‘international’ player.

“Playing against these high school teams in Japan, compared to being a representative of the national team and playing against other foreign teams – there’s a huge difference,” Ju admits. “I’ve chatted with my team-mates about our opening game [against Russia], and I see such a big difference between playing in Japan and playing in the World Cup.”

That opening game brought a 2-0 defeat for the Young Chollima. His team-mates and Ju have it all to do if he is to emulate his personal hero Ronaldinho, who won the tournament in 1997. Next up are South Africa, who also tasted defeat in their first game in Chile against Costa Rica. The ‘new kid at school’ would surely be accepted with even wider arms if he were to score the goals to fire his team to the knockout stages. 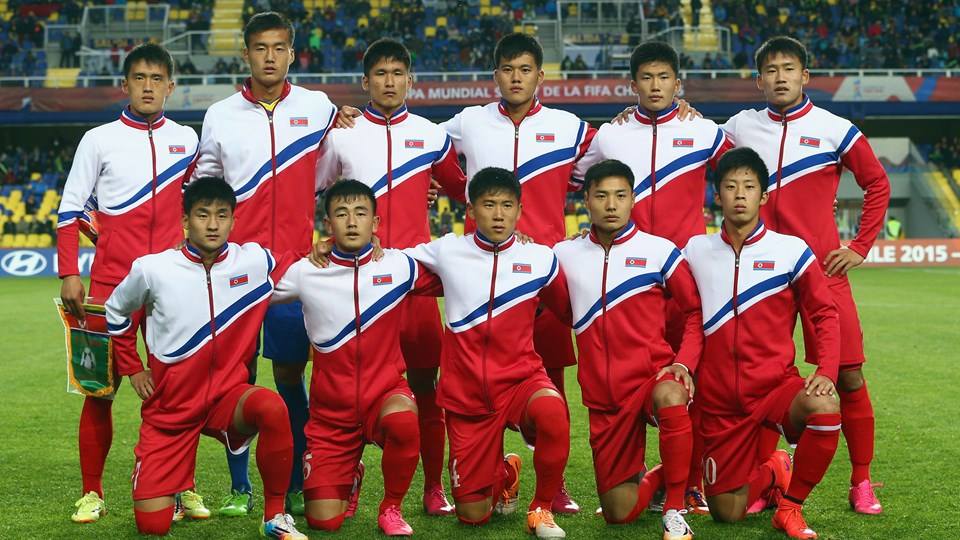 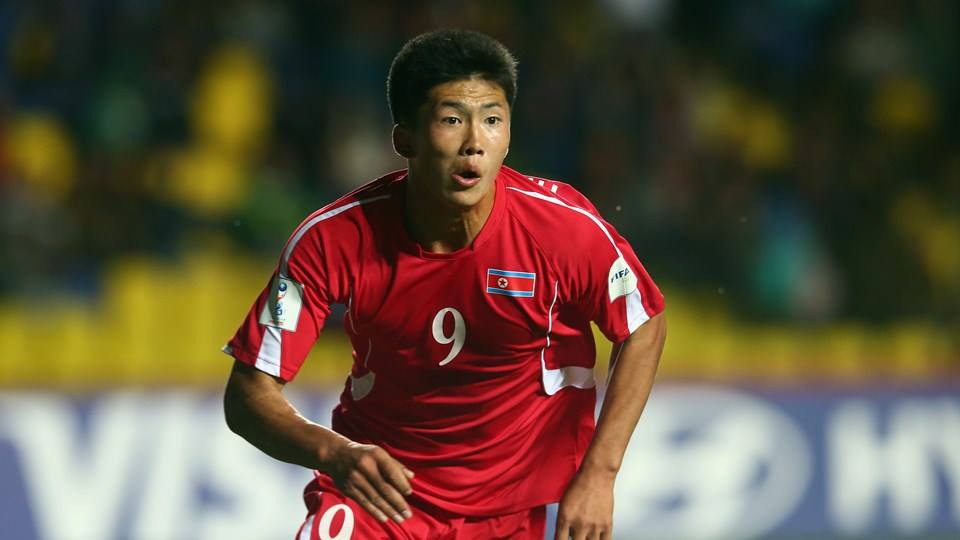 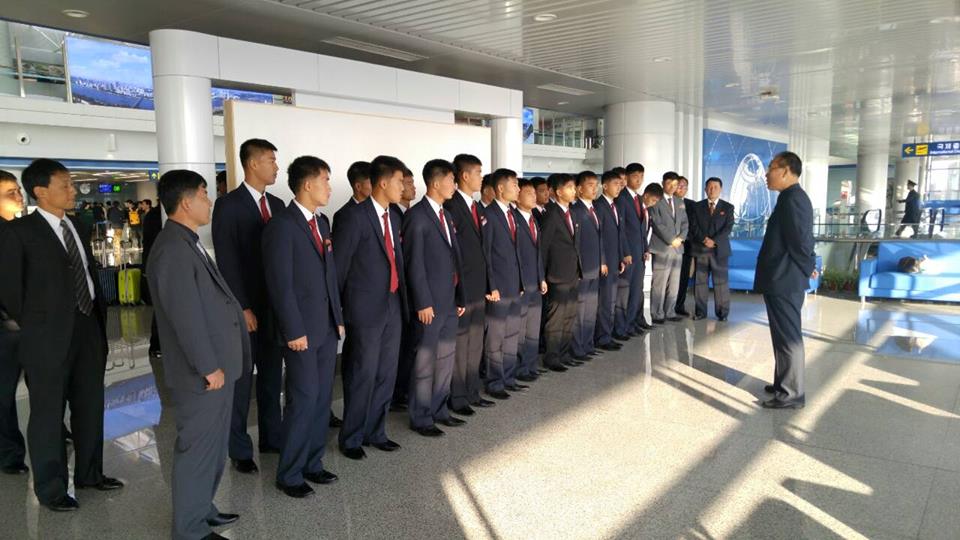 Danger Man:
Han Kwang-Song (Striker) – The forward, who only just celebrated his 17th birthday, played a huge role in helping Korea DPR to the AFC U16 Championship title last year, grabbing four goals in the tournament, including a vital equaliser in the final against South Korea. He lists Brazilian Ronaldo as one of his heroes 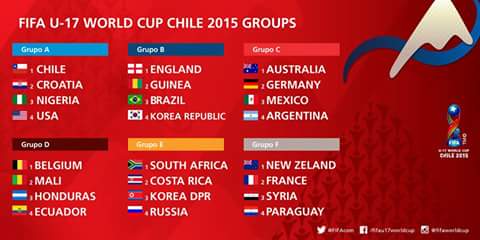