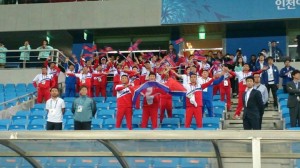 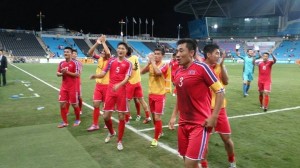 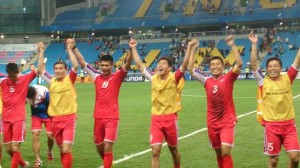 Yoon Duk-yeo from the South said a day before the semifinal match that he would focus on winning the game, not on his friendship with his North Korean counterpart Kim Kwang-min.

“Despite my friendship with the North’s coach, we will do our best to live up to our fans’ support,” said Yoon during a pre-match conference at the Munhak Stadium in Incheon, Sunday. The game will be held at the same stadium.

The two coaches’ friendship is unusual, given the sour relationship between their countries over the past six decades.

They first met at the 1990 Dynasty Cup (now the East Asian Cup). Months later, they also met at the Beijing Asian Games as well as a two-game friendly series with matches in Pyongyang and Seoul.

Despite his secretive demeanor at previous press conferences, Kim smiled when he heard Yoon’s remarks. He also showed great confidence in his team.

“Tomorrow’s game will be a very important match,” Kim said. “I hope it will be a technically advanced and respectful game in which players display fair sportsmanship.”

So far, the North has dominated the South in previous women’s inter-Korean football games with 12 wins, one draw and one loss.

The South won only in 2005, when Park Eun-jung scored a decider to bring a 1-0 victory to her side at the 2005 East Asian Football Federation Women’s Football Championship.

The win came only after 15 years, when the two Koreas’ female footballers first clashed in the 1990 Asiad. At that time, the North defeated the South 7-0.

“I believe Kim has contributed a lot in raising the international level of women’s football to its current state,” he said. “The North has strength in their physical ability as well as rapid transition between offense and defense.”

But Yoon expressed his hope of avenging past failures in this match.

“It is clear that the South lags behind by a huge margin,” he said. “I and my players have been training to reverse the trend.”

The game also drew huge attention as a clash between the South’s star attacking midfielder Ji So-yun and the North’s striker Ho Un-byol. But neither star is likely to be at her best.

Ji, whom Kim praised as a “technically advanced player,” belatedly joined the South’s team because her club in the United Kingdom allowed her to play in only two Asiad matches ― the quarterfinals and the semifinals. Her performance in the quarterfinals fell short of the coach’s high expectations because of fatigue from the long trip.

Kim suggested that Ho, who won the MVP title at last year’s East Asian Cup, was not in perfect health, saying, “We have one more day until the game, but I’m not sure whether she can appear in the game.”

The winner will face either Japan or Vietnam in the women’s football finals on Oct. 1 at the Munhak Stadium. 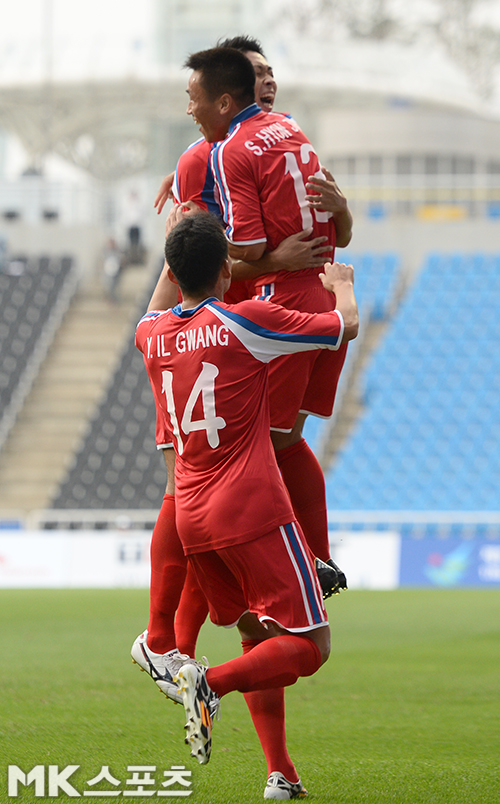