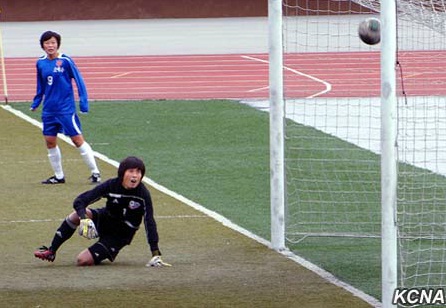 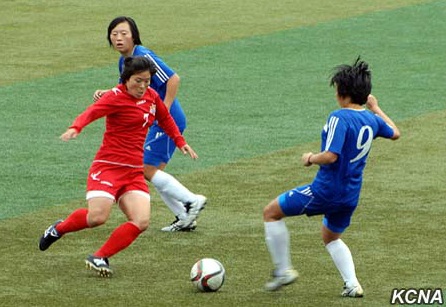 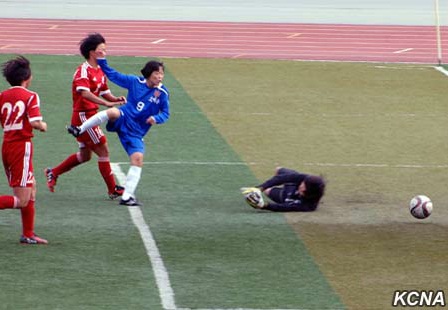 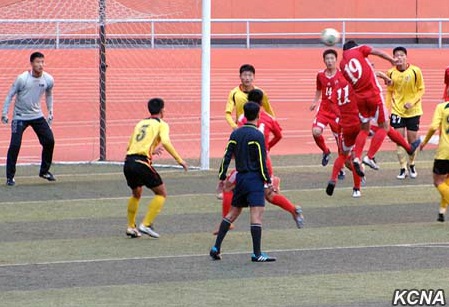 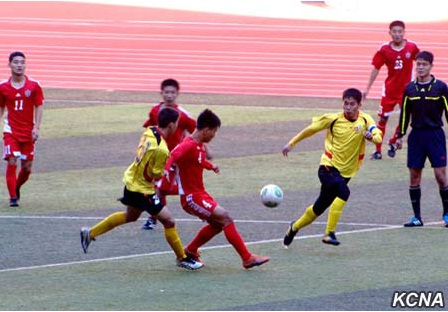 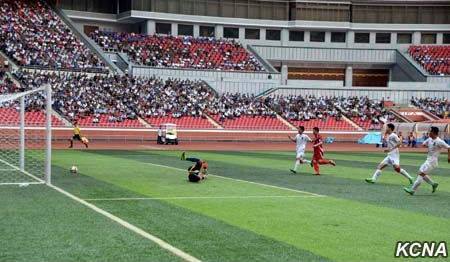 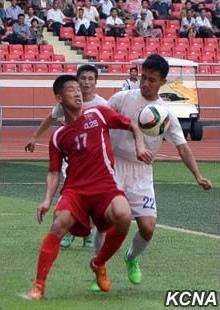 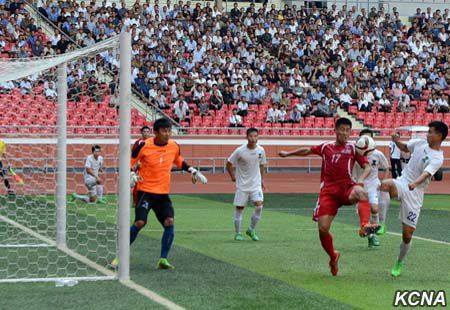 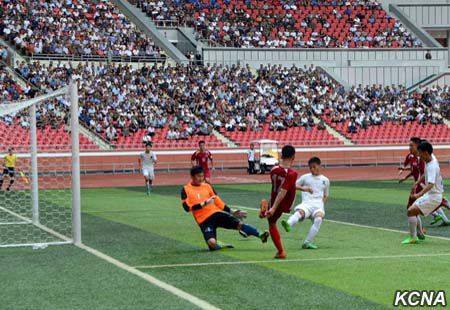 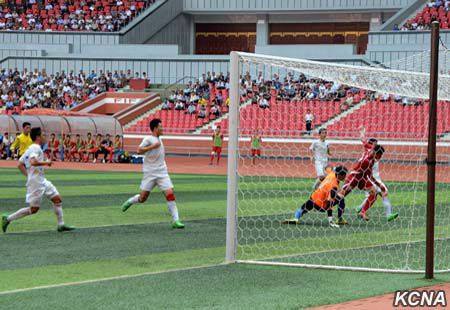 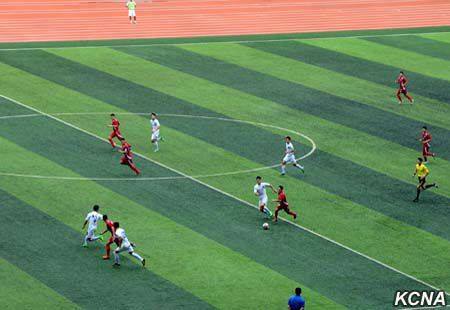 The men’s premier soccer league for Torch Cup goes on here, divided into two groups, starting on July 27.
Included in group A are April 25, Pyongyang, Amnokgang, Sonbong, Chobyong, Myohyangsan and Ministry of Light Industry teams and group B Ponghwasan, Kigwancha, Wolmido, Sobaeksu, Rimyongsu, Hwaebul and Jangsubong teams.
April 25 and Pyongyang teams are winners in the Mangyongdae Prize Sports Games and the Sports Contest for Pochonbo Torch Prize.
Taking the lead in group A round robin are April 25, Pyongyang, Ministry of Light Industry and Chobyong teams. The April 25 team scored ten goals in the matches with Amnokgang and Myohyangsan teams.
In group B there were eight matches until now, six of which ended in a draw.
The group league matches will come to a close on August 24 and there will be the semifinals on August 25 and the finals on August 28.
Rodong News Team

Pyongyang, June 26 (KCNA) — Men’s premier soccer league for the Sports Contest for Pochonbo Torch Prize in the DPRK came to an end on June 26.
The league matches lasted for 20-odd days.
The Pyongyang Team took the title by beating the Rimyongsu Team 2:1 in the finals.
Meanwhile the Wolmido Team placed first in the women’s premier soccer league with three wins and two draws. -0-

Pyongyang, November 3 (KCNA) — Premier league football matches for the DPRK Championships finished in Pyongyang.
In the 40 day-long competition, the Hwaebul Team came first in the men’s event with seven wins, three draws and one defeat and the Pyongyang Team in the women’s event with nine wins and two defeats.
The April 25 Team and the Amnokgang Team took the second places respectively in the men’s and women’s events.
A total of 377 goals were witnessed in the league matches with 12 men’s and 12 women’s teams attended.