Bangkok: Han Kwang-song and Choe Song-hyok scored in the second half as DPR Korea claimed a record-equalling second AFC U-16 Championship title after completing a 2-1 comeback victory over Korea Republic in Saturday’s final at Rajamangala Stadium.

Choi Jae-young’s 34th minute header had given Korea Republic the lead as Choi Jin-cheul’s side sought to claim a record third AFC U-16 Championship title having advanced to the final with a 100% record.

But after Han equalised for 2010 champions DPR Korea five minutes after half-time, Choe struck with 23 minutes remaining as Yon Kwang-mu’s side joined Korea Republic, Japan, China, Saudi Arabia and Oman as two-time winners of the tournament.

Roared on by the biggest crowd of the tournament, both sides started the contest at a frantic pace, although Korea Republic’s Ahn Joon-soo was the busier of the two goalkeepers during the opening exchanges as the custodian made a regulation save from Kim Ye-bom’s speculative long range effort after eight minutes before watching as Han blazed into the side netting.

Ahn was beaten seven minutes later but Jong Chang-bom had strayed narrowly offside before racing onto Kim Wi-song’s through ball, while opposite number Ri Chol-song was soon called into action to make a smart save low to his right from Lee Seung-woo’s drive from the edge of the penalty area.

And Ri again blocked from Lee 15 minutes before half-time as the diminutive Barcelona striker rode a challenge before evading another DPR Korea defender and firing goalwards from just outside the area.

With the end-to-end nature of the contest continuing, Korea Republic goalkeeper Ahn then had to deal with a rising strike from Han which the custodian unconvincingly punched to safety.

But despite DPR Korea looking the most likely to break the deadlock, Korea Republic opened the scoring 11 minutes before half-time as Choi Jae-young’s glancing header from Lee Sang-heon’s right-wing corner looped over Ri.

DPR Korea, though, were level five minutes after the restart as Park Yong-gwan’s long angled ball into the area was missed by the Korea Republic defence and Han expertly took one touch to bring the ball down before coolly beating Ahn from the edge of the six yard area.

And Han almost turned provider seven minutes later as Yon Jun-hyok could only direct the strikers pull back just wide of the upright with Ahn scrambling across his goal.

But DPR Korea did claim the lead seven minutes after the hour mark courtesy of another Korea Republic defensive mistake as a through ball was allowed to find Choe, and the striker rifled his shot across Ahn and into the top corner from inside the area.

With time running out Korea Republic quickly pressed for an equaliser and Ri had to be on his toes to block at close range from You Juan with 11 minutes remaining.

But despite Korea Republic continuing to press in the closing stages, they were unable to find a way past a well-organised and disciplined DPR Korea defence and suffered a first defeat of the campaign. 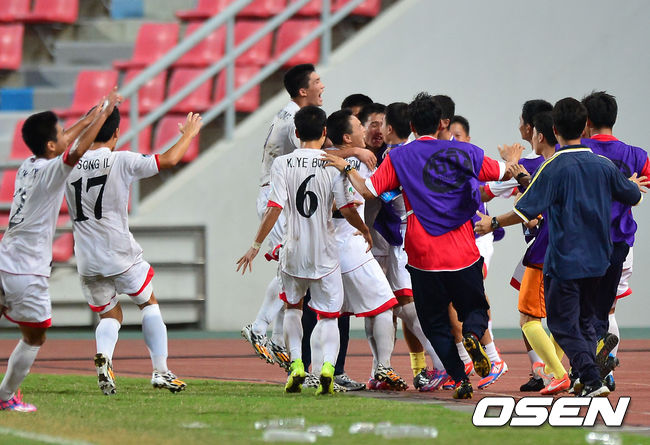 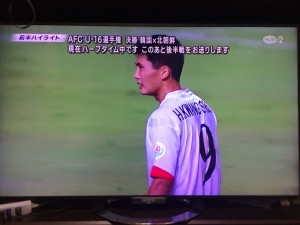 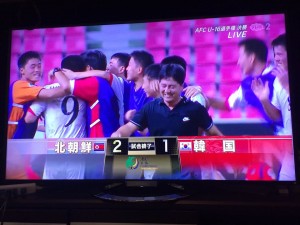 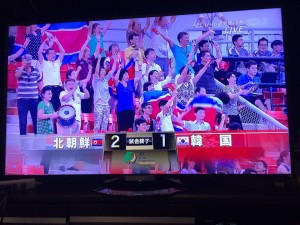